Advice From The Digital Future 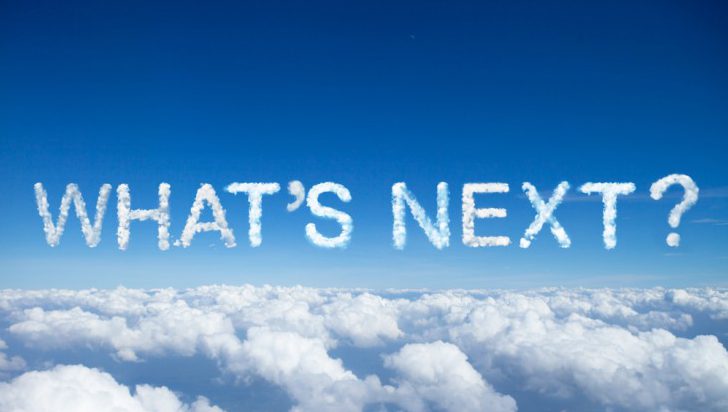 Puns are still corny in the future- here’s one: digital marketing is evolving at digital speed. Puns aside, some things do change. For instance, Ads go where Ads have never gone before and humans are replaced by artificial intelligence programs.

Digital marketing is so vastly different in the future than it is now that – to use and overused premise. If a digital marketer went into a coma right now and woke up in six months, he would have more catching up to do than a fifty-year-old man raised by adoptive parents, meeting his birth mother for the very first time.

The future is not as scary as it sounds, though. It’s actually quite great and if you want to be a part of it, let this article be your guide into it.

Less than a year into ads being introduced to Facebook messenger, the app has become the place to be seen. The great thing about advertising on Messenger is that Facebook helps you target users based on keywords in their searches, posts and messages.

Facebook Messenger has just under 2 billion users and your brand should be one of them. It is a great place to create brand awareness, to convert prospects and to re-engage converts.

Start conversations, place ads and send direct messages that help you to find your prospective converts. Also, allow the unaware to find you.

Optimize your brand for voice search

As Candy Crush takes over the world and people’s fingers become permanently engaged, voice search has grown. At the moment, over 20% of internet searches are voice-activated. That number is expected to rise to over 50% over the next eighteen months. Right now, one in five searches is done via voice.

This is despite fears that voice-activated devices like Amazon’s Alexa and Google’s Home as well as apps like Apple’s Siri, Microsoft’s Cortana and Google’s Assistant are spying on people. It is widely believed that once turned on, these apps devices are listening to everything you say. Whether you are speaking to them or not, it is believed they are basically eavesdropping.

These apps and devices are susceptible to hacking. This is what scares people the most. The fear that some unscrupulous person could listen in on their conversations and blackmail them with it. Or use it against them in some way. There is also the fear that the developers themselves may be taking keywords from their conversations and using those keywords to coordinate targeted advertising.

The developers vehemently deny that they are spying or even intend to spy through their creations. They have corroboration from many industry experts who dismiss the spying concerns as nothing but conspiracy theories. Still, there have been cases where people have had their personal conversations recorded and shared by voice devices.

In May, a Portland woman received an urgent call from an employee of her husband. The employee told her to unplug her Amazon voice devices immediately. Apparently, he was receiving a recorded conversation she had had in her home. Alexa recorded them and then randomly sent them to him of all people for whatever reason.

As improbable as Amazon’s theory is, there are many good reasons why millions are opting for voice search. The first reason is probably the most obvious. Your hands remain free when you voice search so you can multitask. Secondly, we talk faster than we type. This means that we can get things done faster. Thirdly- and seemingly insignificant, but totally true- talking feels far more natural than typing.

Because voice searches are mostly used to place phone calls and ask for directions, the rise of voice search is expected to benefit local businesses the most. The more information you provide about your brand online- contact details, locations, promos, product prices etc., the more easily voice searchers can find you, contact you and patronize you.

Therefore, your keywords should include interrogative words(why, who, whose, whom, what, when, how, whether etc.) and FAQs about your industry and your product. 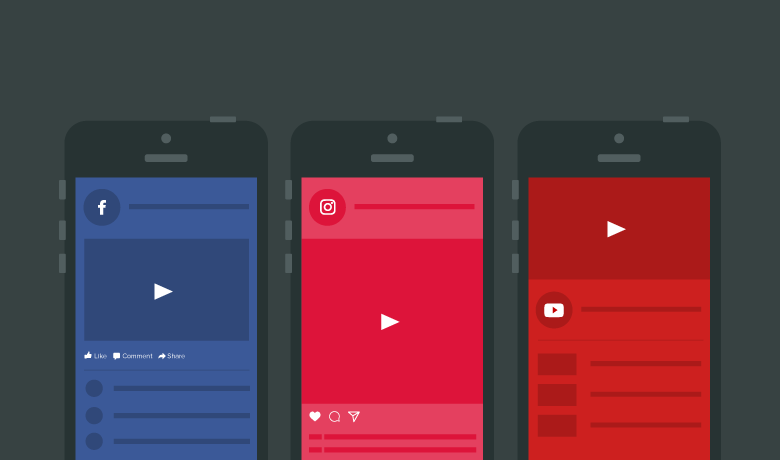 Hundreds of hours of video are watched every day on the internet and the majority of these videos are hosted on social media sites. People scroll down their social media timelines and click on videos with interesting headlines and eye-catching thumbnails and if all you have is a link to a video on YouTube, you will likely get scrolled past.

Making a promotional internet video is not like making an ad for television. The length of your video will differ from the platform as different platforms impose different time limits for videos. However long your video is allowed to be, it is best that it gets to the point as quickly as possible.

Internet videos need to be subtle. Your video needs to convey your message while also being entertaining. In other words, your video is about your brand while the whole time seeming like it is not about your brand.

Create entertaining, informative videos with high replay value and format them to fit the platforms you are on. 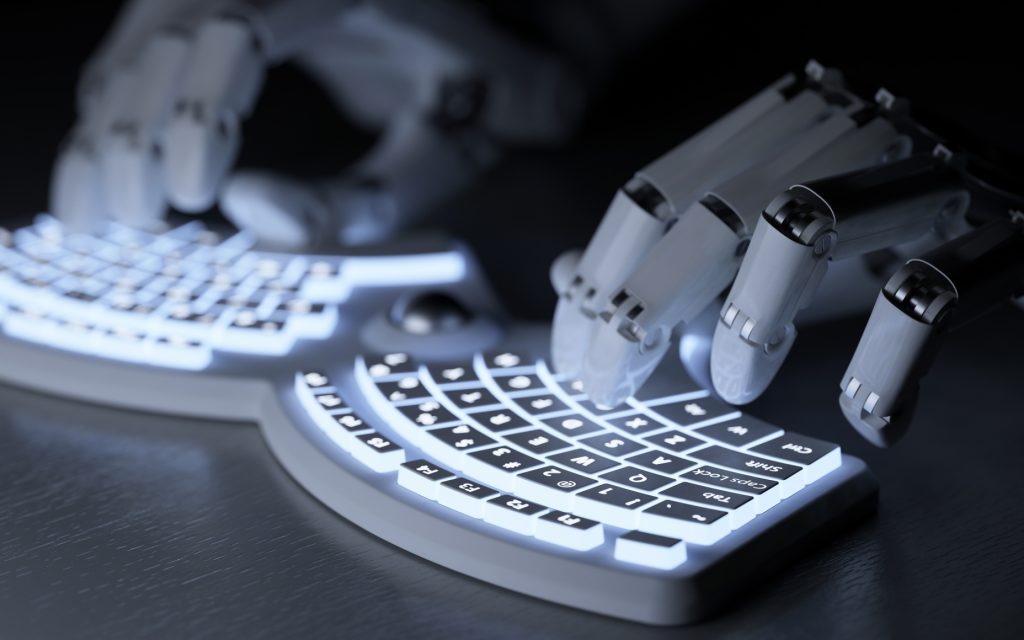 Chatbots are the future of click-to-call marketing. While click-to-call will never be completely phased out, click-to-chat is gaining traction across the globe. In the past, the majority of internet users found interacting with chatbots to be too impersonal and they found the chatbots’ conversational basic and inflexible.

However, the great thing about bots is that they have the capability to learn and improve and boy, improve they have. With time, the bots’ comprehension and conversational skills have evolved an almost human level and their rising approval numbers reflect this.

Over the last twenty-four months, the percentage of people who use chatbots for customer support has risen by double digits and over 80% of them considered their experience satisfactory.

Chatbots can not only respond to your site’s visitors, but they can also be programmed to make the first move and suggest questions that visitors may be interested in asking. Chatbots not only have a faster response time than humans, but they also have a higher response rate. Plus they save you energy and money.

Know what’s up with WhatsApp

Freedom, some say, is an illusion. It is certainly an illusion that WhatsApp will always be Ad-free. The ads are coming and nothing and no one will stand in their way, not even WhatsApp co-founder, Jan Koum who stepped down as director in April of this year, having promised at the inception of WhatsApp and reiterated after it’s acquisition by Facebook that the app would never feature ads.

Koum’s actions appear to have just been an April fool’s joke as he remains on Facebook’s payroll, the company announced after he announced. Koum is not showing up at work, though, instead he is resting and vesting (click the link below to watch explanation video)

With over 1.5 billion monthly active users, WhatsApp is prime advertising real estate and Facebook will not let it go to waste. In 2017, Facebook launched a Click-to-WhatsApp feature that provides a linkage between the two platforms. The feature can be embedded by a brand in its ads and users can click it to start a WhatsApp chat or make Whatsapp call to the brand.

WhatsApp also offers a business app, creatively titled WhatsApp Business which targets small businesses. Whatsapp Business account holders can display their contact details in their profiles as well as reach out to and receive enquiries from customers. In a twitteresque move, Whatsapp verifies and confirms business account holders to give them legitimacy and protect users from potential fraud.

The Moral Of The Article Is…

A lot of smart people are working on a lot of complicated technology in order to make online advertising faster, easier, more accurate, more enjoyable and more profitable for anyone who can take advantage of it. And as advertising technology evolves, you will need to evolve with it lest you get left behind like a paraplegic sprinter in a one hundred meter race with Usain Bolt in a Ferrari.